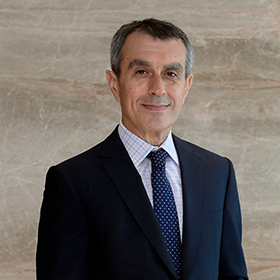 Economics and an MBA in Finance from the University of Chicago. He started his career at Bankers

CEO and Chief Country Officer of Deutsche Bank Turkey. He retired from banking in 2019 after a

30 year long career. He was appointed as an independent board member of the Company in April