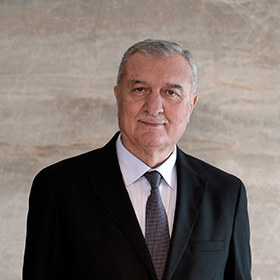 M. Hayati Öztürk graduated from Hacettepe University, Faculty of Chemistry and Chemical Engineering in 1976. He started his career at Petkim, a listed company and the sole sizable petrochemicals producer in Turkey, in 1977 and held various positions within Petkim until being appointed as Petkim’s Assistant General Manager, responsible for workflows including R&D, finance, projects, investments, planning, sales and marketing. He served as Petkim’s General Manager between 2010 and 2012 and as a board member between 2012 and 2015. He worked as an advisor to the CEO of Turkey’s largest foreign investor, SOCAR Turkey, until August 2017. He was appointed as an independent board member of the Company in April 2020.